The bill, backed by President Joe Biden, features the text of the RECYCLE Act, funding for Save Our Seas 2.0 and battery recycling provisions.Published Aug. 6, 2021 •

UPDATE: August 11, 2021: The U.S. Senate passed the $1.2 trillion Infrastructure Investment and Jobs Act on Tuesday. Key recycling-related provisions are included in that version, including the text of the RECYCLE Act, funding for battery recycling programs and research, and Save Our Seas 2.0 grant funding. The legislation now heads to the House of Representatives.

August 6: Recycling stakeholders are cautiously optimistic that several recycling-related provisions will stay in the final version of the INVEST in America Act, the infrastructure bill backed by President Joe Biden and negotiated by bipartisan lawmakers.

HEALTHCARE DIVEBe the smartest healthcare industry leader in the room

Join the thousands of healthcare industry leaders who read Healthcare Dive’s Daily Dive to stay on the pulse of the latest healthcare news and what it means for the industry.Get the Free Newsletter

The draft bill features the full text of the RECYCLE Act, which includes $75 million for recycling education, as well as a section on battery recycling. It also houses $275 million in grant funding for Save Our Seas 2.0, the only significant recycling-related bill to pass last year. That bill called for infrastructure updates and other measures to keep plastics out of waterways.

Supporters see the inclusions as a clear sign recycling is being taken more seriously as essential infrastructure after months of calling on the Biden administration to include the industry in the broader national conversation. Investing in better recycling infrastructure can be expensive, and proponents see federal funding as one way to clear the cost-related hurdles to improving recycling in the United States.

The sweeping bipartisan INVEST bill is meant to fund roads, bridges and other physical infrastructure, and the Senate as of Friday was still working through details and amendments in an attempt to pass it before the August recess. Stakeholders acknowledge the complex politics of passing the infrastructure bill could mean any one of these recycling-related provisions will disappear from the final draft, prompting them to continue support for separate recycling infrastructure initiatives and bills in the meantime.

Recycling highlights in the infrastructure bill

The version of the RECYCLE Act, included in the infrastructure bill, the same as its standalone version, focuses on improving residential recycling by authorizing up to $15 million per year in recycling education grants over five years, through 2026. It also calls on the U.S. EPA to develop a toolkit for reducing contamination and increasing recycling participation, and it asks the agency to more frequently review and revise its comprehensive procurement guidelines that designate products containing recycled materials.
Better consumer awareness about good recycling practices can have a direct, positive effect on recycling infrastructure, Sen. Rob Portman, R-Ohio, a sponsor of the RECYCLE Act and a lead negotiator of the infrastructure bill, said in a news release. “Far too often, consumer confusion leads to poor recycling habits, which can damage recycling equipment and cause contamination in the recycling stream,” he said.

Trade groups including the Institute of Scrap Recycling Industries, National Waste and Recycling Association and Solid Waste Association of North America all supported the RECYCLE Act and its inclusion in the larger bill, but SWANA CEO and Executive Director David Biderman is concerned that its inclusion alone will not make the impact needed to jump-start many needed recycling infrastructure improvements. “We were hoping for more funding, and we will continue to push for additional federal funding to make recycling programs more robust,” he said.

Billy Johnson, ISRI’s chief lobbyist, said the bill’s “relatively small” funding footprint may help it survive lawmakers’ attempt to slash funding throughout the draft. “It doesn’t cost that much, and it has bipartisan support, which gives it a good chance,” he said in an interview.

Portman’s influence as both a sponsor of the RECYCLE Act and a lead infrastructure bill negotiator is also a notable advantage, Johnson added. “He’s driving the train on infrastructure, and it’s the perfect way to keep his bill in the mix,” he said.

The infrastructure bill includes plenty of new funding and initiatives, Johnson said, but the bill also includes some funding from previously-passed bills such as the Save Our Seas 2.0 Act, which Congress passed during last year’s session.

Portman was also among the lawmakers to sponsor that bill, which calls for $275 million in funding to reduce, remove and prevent plastic waste in the environment, especially waterways, through cleanup efforts and investments in plastic recycling infrastructure. Separately, the EPA announced in June that its proposed budget includes $10 million in funding for a new recycling infrastructure pilot grant program, created following the passage of Save Our Seas 2.0.

ISRI, NWRA and SWANA have also been working with lawmakers over several months to craft new recycling-related provisions in the INVEST Act, including numerous battery recycling provisions. The industry has long been concerned with the fire-safety issues related to lithium-ion battery fires at landfills and scrapyards, and recyclers anticipate they will also need to handle an influx of electric vehicle (EV) batteries as EVs begin to reach their end of life.

INVEST calls for up to $3 billion total between fiscal years 2022 and 2026 for manufacturing and recycling grant programs, as well as $60 million in that same time period for battery recycling research, development and demonstration grants to create “innovative and practical approaches to increase the reuse and recycling of batteries.” An additional $50 million would go to state and local entities to establish battery recycling programs and $15 million to retailers that collect batteries for recycling.

The bill also calls for EV batteries to be reused for “second-life applications” such as electric grid energy storage or other uses, proposes a task force to develop an extended producer responsibility framework for batteries and creates guidelines for voluntary battery labeling and best practices for battery recycling.

“It’s timely that this bill will in some ways try to help us develop a system for managing batteries that reduces the property damage and injury risks associated with improper disposal,” Biderman said.

The recycling and waste industry also hopes to get a reprieve from the driver shortage, another industry challenge, if it can fight to keep the DRIVE-Safe Act in the draft. The act establishes an apprenticeship program that would allow commercial driver’s license holders as young as age 18 to operate across state lines. Federal law currently prohibits those operators from driving goods from state to state until they are 21 years old, and a change in the law could help alleviate the industry’s growing driver shortage, NWRA President and CEO Darrell Smith said in a news release. Sen. Richard Blumenthal, D-Conn., filed an amendment this week to remove it, NWRA said in the release.

Although the INVEST act has the highest profile right now, recycling proponents are looking at other avenues to advance key infrastructure goals beyond the infrastructure bill.

“The key message for all the infrastructure projects in this overall plan is to direct and require reuse systems,” Gedert said. The plan would cost about $16.3 billion over three years, which he argued was less than 1% of the $1 trillion infrastructure plan, and it has included some initiatives that would not rely on federal funding.

During the panel, Brenda Platt, who directs ILSR’s Composting for Community program, also touted the role composting infrastructure should play in the country’s overall climate change strategies. She highlighted the COMPOST Act, which aims to provide $200 million a year through 2031 in grants and loan guarantees for composting infrastructure projects, including large-scale composting facilities as well as smaller projects on a farm, community or household level. Compost is not mentioned in the infrastructure bill, though Platt holds out hope it could be addressed in the forthcoming $3.5 trillion reconciliation bill.

“Composting needs to be considered part of infrastructure,” she said. ILSR “is advocating for distributed and diverse infrastructure, and one of the great things about composting, unlike paper mills or metals, is you can do it in your community, your backyard, your urban farms.”

Johnson also hinted during the panel discussion that other recycling-specific infrastructure bills could be in the works in the near future, which could provide more avenues for coordination between the recycling industry and lawmakers. “This might not be the last rodeo for recycling in this Congress,” he said.

The bill, backed by President Joe Biden, features the text of the RECYCLE Act, funding for Save Our Seas 2.0 and battery recycling provisions.Published Aug. 6, 2021 • 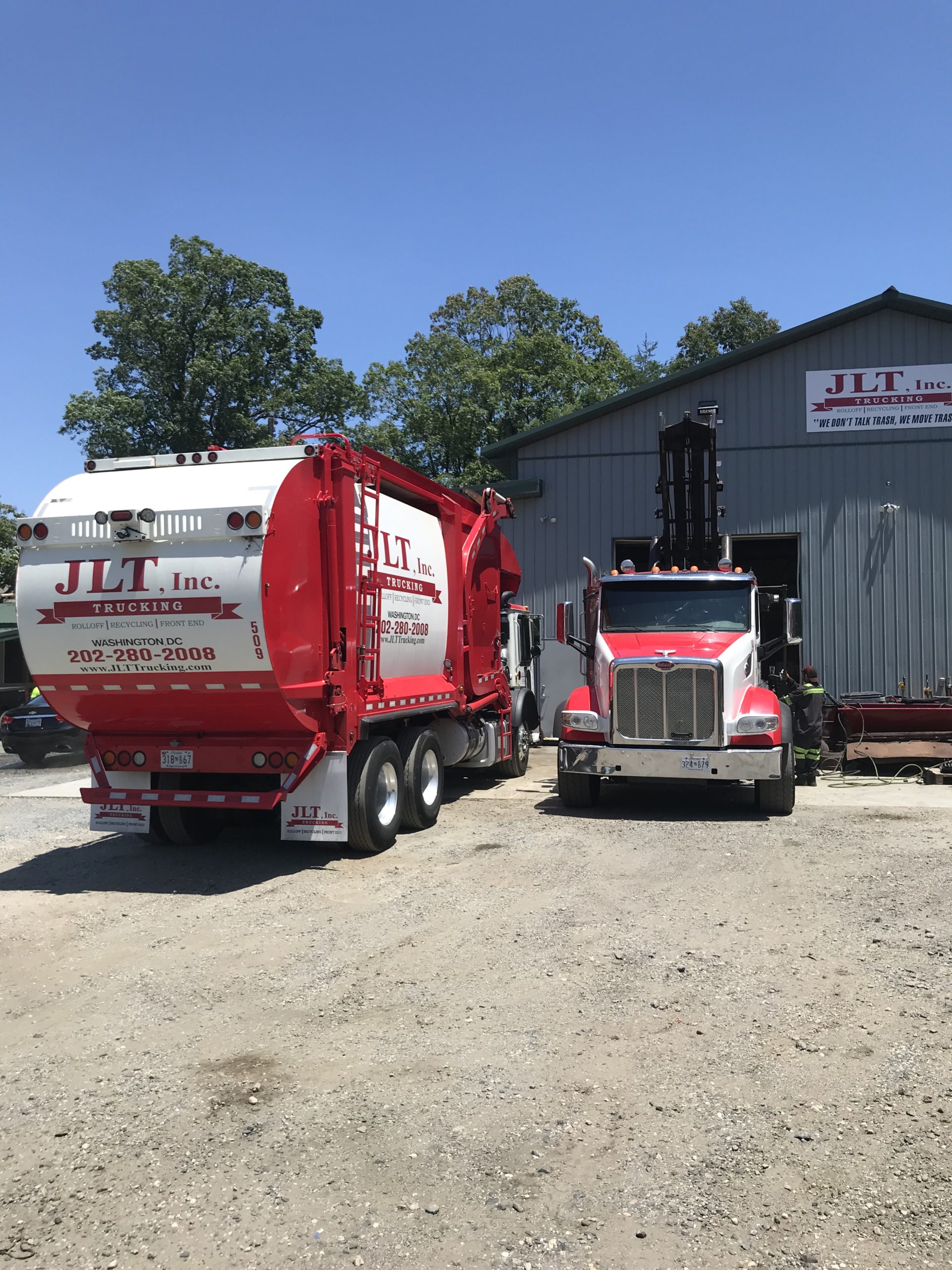