UPDATE: June 1, 2021: Gov. Larry Hogan recently allowed HB 264 to become law without his signature, making Maryland the latest state to pass some form of organics diversion mandate. Hogan made a similar decision on another bill that prohibits homeowners’ associations from “unreasonably restricting” on-site composting or contracting with organics haulers.

Maryland could be the latest in a growing number of states to pass such a policy in recent years. Supporters see it as a way to mitigate methane emissions from disposal while encouraging the development of new organics recycling infrastructure.

Efforts to pass this type of policy in Maryland date back to at least 2014, including a 2017 study bill and a 2019 organics disposal law with no enforcement attached. Del. Charkoudian said heightened attention to food insecurity during the pandemic and growing concern about climate change were motivating factors this time. While some were disappointed to see restaurants exempted, Charkoudian said most restaurants aren’t large enough to qualify, and the hope is that processing infrastructure will eventually expand to make this more accessible anyway.

“What the waste ban does is it guarantees to potential compost facilities, anaerobic digestion facilities, that they will have feedstock if they site themselves in a particular area,” she said. “It’ll also make it then easier for everyone who wants to voluntarily participate.”

A 2019 MDE report estimated there were nearly 4,000 businesses generating one ton or more of organic waste per week. The agency estimates 15.5% of the state’s nearly 928,000 tons of food waste were recycled in 2019, showing ample feedstock available for future facilities. MDE reports seven compost facilities are permitted to accept food scraps in the state. One farm-based anaerobic digester is currently accepting food scraps and another large-scale digester is under construction by Bioenergy Devco. And Maryland has the potential to host many more digesters in the future, according to the American Biogas Council (ABC).

The National Waste & Recycling Association’s regional chapter opposed the legislation, testifying in January that “market development is a much more successful approach to stimulating the development of facilities and the infrastructure to serve those facilities” than a mandate. The Maryland Association of Counties also remains opposed, given concernsabout compliance burdens on facilities such as schools and jails. Others that testified against the bill include trade groups representing retail, education and real estate interests. The Maryland Restaurant Association’s opposition shifted after restaurants were exempted.

“You have to have the food waste to be able to get the financing to build the organics recycling facilities. So a bill like this is the necessary enforcement to get that process started,” said Serfass. He added that such development could also benefit Virginia, the District of Columbia, and others in the region. “Maryland has a lot of geography proximity to a lot of food waste.”

Maryland’s policy would mirror multiple other states’ in terms of only applying to large organics generators within a certain distance of processing infrastructure, based on research by the Harvard Food Law and Policy Clinic. Similar laws will soon be implemented in New Yorkand New Jersey, following existing policies in California, Connecticut, Massachusetts, Rhode Island and Vermont.

Some states have seen a greater uptick in organics recycling than others due to how their policies were written and enforced, according to the Harvard report. Observers say this makes implementation key to whether Maryland’s policy has the desired results.

Brenda Platt, director of the Composting for Community initiative at the Institute for Local Self-Reliance, is a longtime supporter of this concept in Maryland but thinks the bill’s definition of “food residuals” may be too broad. Depending on how it’s interpreted, Platt believes this could lead to potential issues around material quality.

“What’s going to be important is how the administration develops guidelines for implementation, to ensure that the materials are source-separated and that they go to organics recycling facilities that are taking clean materials,” she said, adding that there shouldn’t be any privileging of “large-scale industrial sites that can take everything.”

As an example, Platt and others recently sent a letter to Vermont legislators asking for a review of how the state’s universal organics recycling requirement was being implemented. They noted concerns about commingling source-separated organics with material from depackaging facilities that may have plastic contamination, saying this trend has also diverted material from smaller-scale organics recyclers.

Asked for comment, Vermont’s Agency of Natural Resources encouraged “the highest and best uses” for material per the state’s food recovery hierarchy and pointed to prior policy guidance saying depackaging equipment “does not necessarily preclude other uses for food residuals.”

If Maryland’s bill becomes law, these issues may be discussed further during implementation. Charkoudian believes the policy will support “a healthy mix” of processing infrastructure, and she anticipates future legislation could also address topics such as organics collection infrastructure and market demand for finished compost. “This is one really important step,” she said, “but it’s one among many.” 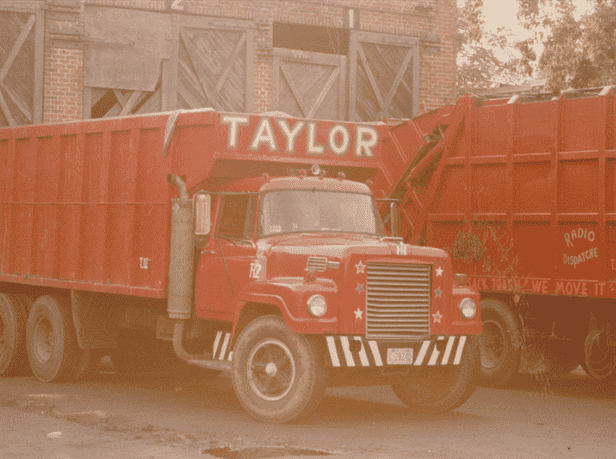